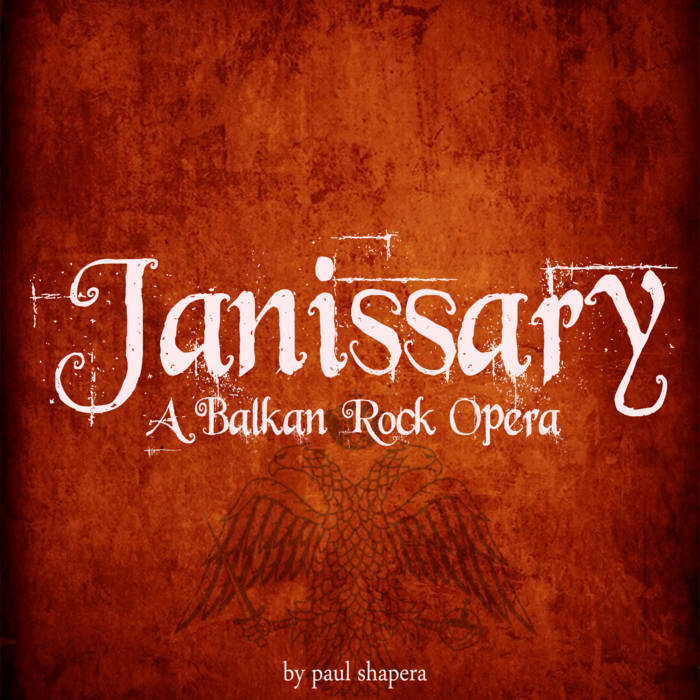 Mladen This is one of my favorite things in this world. I live and breathe for this album. It takes courage to go Balkan in your music, but it takes balls to go Balkan Rock.

Paul's voice is a wonder throughout the album, just like everyone else's. And that story! Oh my God! It breaks my heart. Favorite track: One More Round.

lilimira This was so different from the NA series, but I just loved listening to it all the same! Crazy Girl just keeps ringing in my head after listening to it some time ago! Favorite track: Crazy Girl.
more...

Janissary is a 3 act rock opera. It features 5 characters: Brija, the Daughter, Danijela, the Mother, Bogdan, the Father, The Vizier and a small appearance by the Black Monk. There are numerous Balkan themes and allusions woven into the story.

The practice of the Ottomans randomly taking Balkan children from their homes and raising them far away to become Janissary soldiers was called Devshirme, the blood tax. I have taken a few liberties with historical details, so do not take this opera as being completely historically accurate.

with Tomislav M. Čeleketić as the Black Monk

P.H. Michael as Bogdan
David Adams as The Vizier

These days the teddy bear picnic is a rather somber affair. They mostly just sit together in silence. The beings who had taken these guises had over time lost all recollection of their origins, purpose, or selves. They only know they are someplace foreign, cut off from whatever homeland they once had, utterly alone in an incomprehensible world. Some picnics they listen to Paul Shapera. ... more